All the Ingredients of a Successful Explainer Video 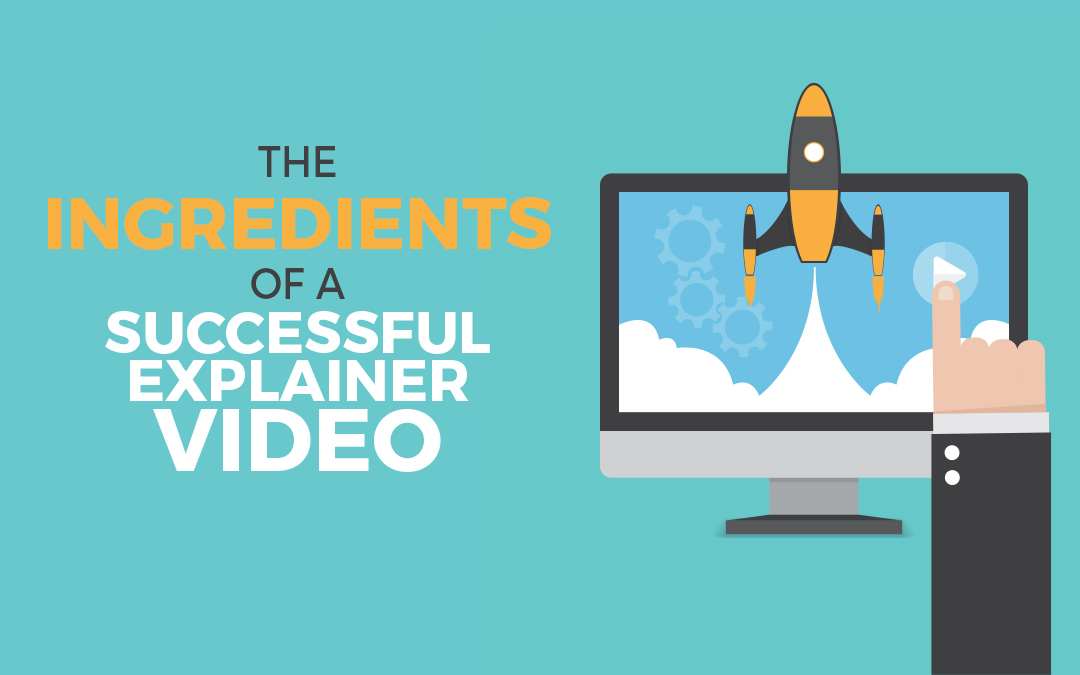 Tick These Off & You’ll Be Away Laughing

Explainer videos are knights in shining armour when it comes to the video marketing realm. Their very nature – explaining – enables companies large and small to connect with their target audience by dumbing down complicated concepts and explaining the ins and outs of how a product or company works.

But there is a right way and a wrong way to produce a truly successful explainer video. Follow these tips, and you’ll be well on your way to producing a video that’s not only a cinematic masterpiece, it’ll also convert into $$$.

All great explainer videos, whether they’re animated or live-action, start with a tight script. A script doesn’t simply detail a voiceover or lines of dialogue a presenter might say to camera. Like a skeleton is to a human, a script gives a video direction and substance. It tells a story. It establishes the video’s message. It pinpoints the target audience and directs the whole video towards them. Without a great script, your video will really struggle to perform, and a professional scriptwriter is well worth the investment.

If your animation or live-action video looks like it was produced in the 1700s, you’ve got a flop on your hands (unless that was a conscious creative decision!). The average person consumes a huge amount of video content every day, and much of it is up to cinematic quality. Therefore, if you want to cut through the clutter and really make an impact with your video, you need to make sure it can compete with the rest. That’s not to say that you can’t ever use DIY production values, because sometimes hand-held videos shot with mobile phones create great results. But it all depends on the purpose of your video. If you want to communicate with professional CEO-types or savvy managers, they want slick production values.

No one’s got time to watch a 12-minute explainer video. It doesn’t matter how awesome you think the content is, it’s just not going to happen. The best explainer videos are between 30 and 90 seconds long and nail the main message very early on. If you can’t squeeze what you’ve got to say into 90 seconds, don’t make the video longer; cut content (or make multiple videos).

If you’re making an animated explainer video, you’re probably going to need a voiceover and music too. But just like a live rugby game broadcast on television would be ruined if the commentary suddenly cut out, an explainer video with bad voiceover or weird music just doesn’t work. For the best voiceover results, invest in a professional voiceover artist. If your CEO is intent on featuring in your video but he just doesn’t have the sound or the look, politely suggest that you go the professional way – because you wouldn’t ask a mechanic to cut your hair, right?

It doesn’t matter how awesome your video is, if no one sees it, it will fail. A solid marketing strategy is essential if you’re going to achieve the goals associated with your video. Look at what channels you currently use to communicate with your target audience – website, email, social media, television, business partners, presentations – then create a plan that best utilises them. The more eyes you get on your explainer video, the more it will convert. It’s as simple as that.

Ready to take the plunge and create your own explainer video? The team at Onepost Media Production has capacity right now. Our team of professional scriptwriters, animators, camera operators, producers and editors will help you turn your idea into an explainer video that works – just give us a call today.