Why Animation Helps to Communicate Your Message Better 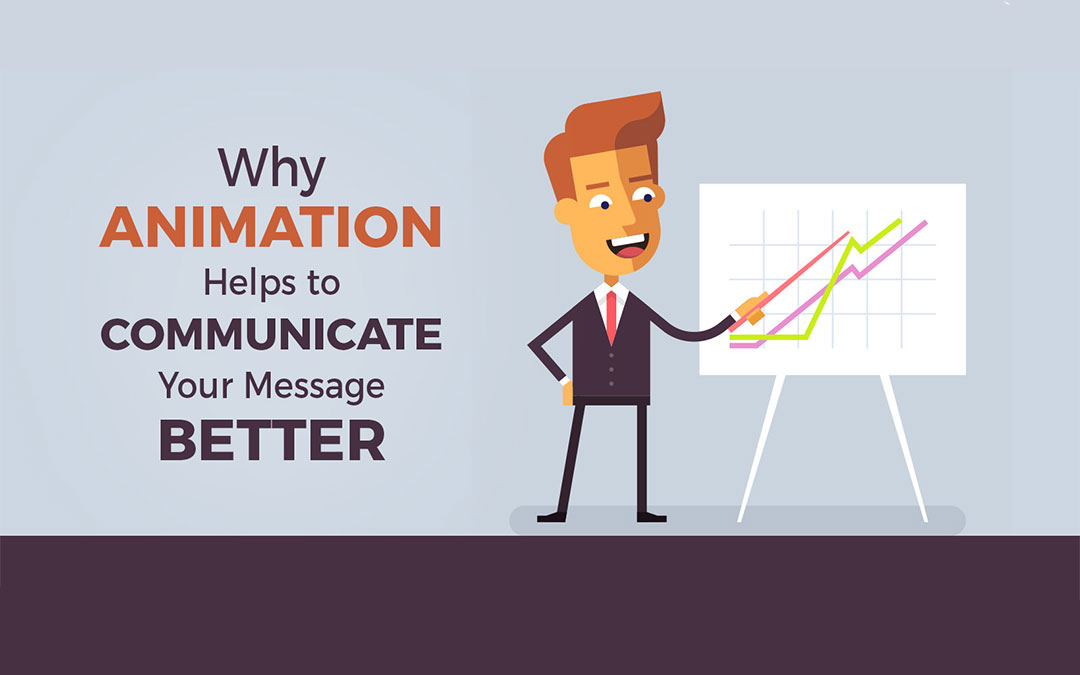 Simple, smart, visual and entertaining … It’s a given that video is a great mode of communication, especially when you’re after a great first impression. But when it comes to live video production versus animation, there are pros and cons to both.

Live action video production adds a human personality to a video that animation obviously can’t. But with live video come many limitations, primarily around the ability of the person standing in front of the camera. Location is a big one too: it’s not easy finding the perfect place to shoot that won’t interrupt other people. Live video shoots also involve a lot of specialist equipment that can be expensive to hire and even more expensive to buy. And once you’ve shot and edited your video, the future of your video is very limited. If, for example, your talent was your marketing director but three months later he is fired, chances are you’ll have to reshoot the whole thing.

With animation, the opposite to almost all of the above is true. When it comes to talent, you construct it to tick all your boxes – you might even choose not to have talent at all. Locations are out of the equation altogether; with animation you could set your video on a tennis court in outer space if you wanted to. Future-proofing is easy too; if you need to make changes, it’s easy to edit.

Animated video can make even the straightest, most boring message fun and engaging. Bright colours and simple figures are pleasing to the eye, which makes it easier to express and digest information than first and foremost listening to it. Obviously your message is essential in any form of video production, but with animation the message is slightly less important in favour of how it’s expressed.

Coupled with an engaging voiceover, animation also gives a video an added layer of communication ability. So while the voiceover tells the viewer something, animation can show them something else that adds to the overall message. This means that the voiceover doesn’t have to explain every single detail, potentially making the video longer and less engaging.

Take this video that Onepost Media Production produced for Snowplanet. It’s about health and safety, which (let’s be honest) isn’t that exciting. We could have created a video that featured someone standing in front of a camera, telling viewers what was safe and what wasn’t, but that wouldn’t very exciting. Instead, we gave the character in Snowplanet’s logo a healthy dose of movement and personality, and used him to visually express the message. The result is a fun and engaging video, particularly important given that the subject matter isn’t very exciting!

Entertaining, without being corny

Not all of us were born to be comedians, which is why, when some people stand in front of a camera, their attempts at humour can be lost – or worse still, fail abysmally. Animation replaces the personal face of a video with a character that has its own identity and personality. Any humour or entertainment can be carefully structured and manipulated to ensure it both hits its mark and complements the message. Forget those embarrassing Christmas party blooper reels; animation removes the human identity of your business while enhancing the message you want to get across.

The average animated video is made up of a few components including a professional voiceover. While the animation does the talking visually, the voiceover complements what the viewer sees with carefully constructed language that fills in the blanks. A professional voiceover will always be a great investment; even if your CEO insists that he can do it, push back. A great voiceover needs to expertly convey emotion in a way that someone who’s not experienced may not be able to do. Performing a voiceover is very different to standing in front of a camera and using personality and good looks to engage a viewer, so it pays to get it right first time.

Get started with animation

Ready to rock the world of animation? An explainer video is a great way to express your business’ personality and message in a memorable, entertaining and engaging way. To get started, have a chat with the friendly video production and animation team at Onepost today – we’d love to create your very own animated work of art.