How to Choose the Right Music for Your Animated Explainer Video 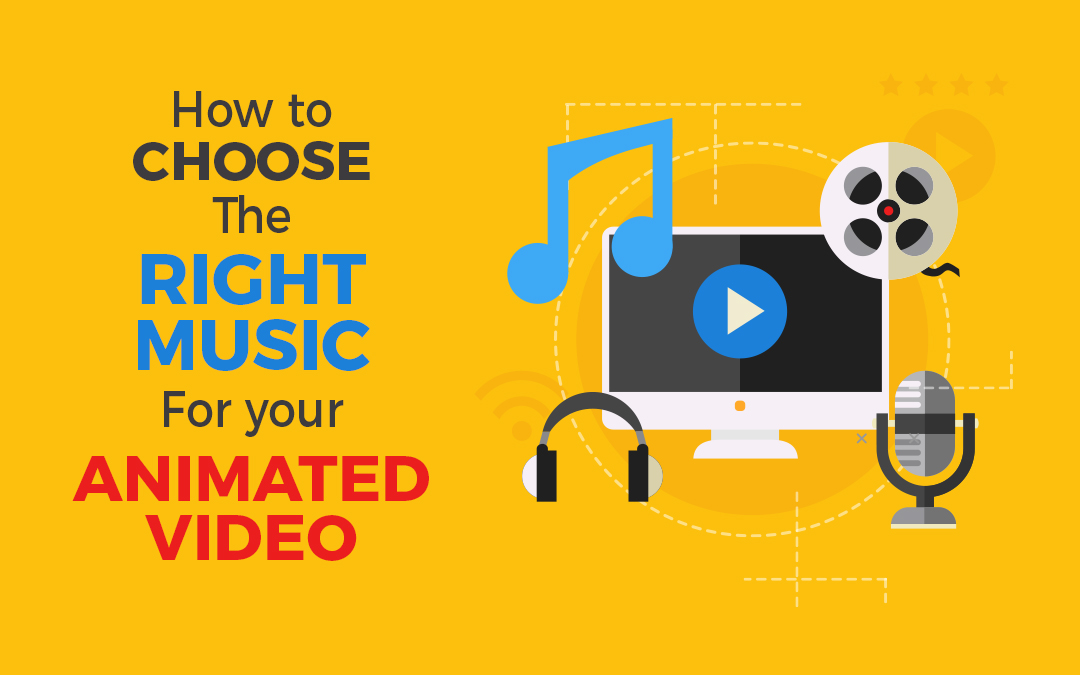 Because Not All Soundtracks are Created Equal

Hold music is one of those things you love and hate at the same time. Sure, you’ve probably heard the same Bic Runga or Brooke Fraser song umpteen times now thanks to a year’s combined wait-time on the phone to multiple big corporates, but at least you haven’t been stuck listening to a dial tone for 17 minutes straight, right?

But the more you think about what hold music actually is, the more you realise that it’s actually an incredible invention. It was designed to keep people entertained while they wait for the actual reason they called in the first place. It fills in the gaps. It adds personality to an otherwise mundane experience. It reminds you that (eventually) an actual human will pick up the receiver at the other end.

Music used in an animated explainer video is similar. It complements the visual aspect of the explainer video. It adds life and spice to what could be a quite boring concept. It fills the gaps between voiceover and vision. It adds that personal touch. And combined with the other elements of an explainer video, it expresses a message in a way that feels friendly, personable and most importantly, human.

Pick music that matches your tone

When it comes to picking the right track for your animated explainer video, there is a right and a wrong way to go about it. Firstly, think about the overall vibe you’re going for with your video. It might be obvious, but if you’re trying to create a video that gets people excited to do an action at the end of it, music that’s slow and sombre isn’t the way to go. Think of the tone of your video and choose a track that will complement it.

That’s not to say you should opt for a cinematic-esque soundtrack that will effectively drown out the rest of the content in your video. Whatever track you choose should be a supporting actor, not the main star – the Pepper Potts to your Tony Stalk, if you will. Ironman is nothing without Pepper, but the movie is all about him, after all.

Just because you think Ed Sheeran’s latest release is a true work of art, doesn’t mean you can use it for your own profitable purposes. There are lots of legal cans and cannots when it comes to what music you can use. Sure, Ed might let you use his song … if you pay him a million dollars for the privilege. If you don’t have that kind of money, using a production royalty-free music website like this one or this one is your next bet (just make sure the site you use is reputable, otherwise you could have another National/Eminem debacle on your hands).

Alternatively, you could always hire a music producer to create a song especially for you. This is a cheaper option than asking Ed to use his song, but much more expensive than using production music – but it gives you the exclusive rights to use your song whenever you want, for whatever you want.

Creating your own animated explainer video

If you’ve decided you need an animated explainer video for your business, give the friendly team at Onepost Media Production a call today – we’ll help you with everything from writing your script, sourcing your voiceover artist and of course finding the perfect music to pull everything together.

Awesome! Fill out the form and we will be in touch soon.