Where Can I Find Music for My Company Video? 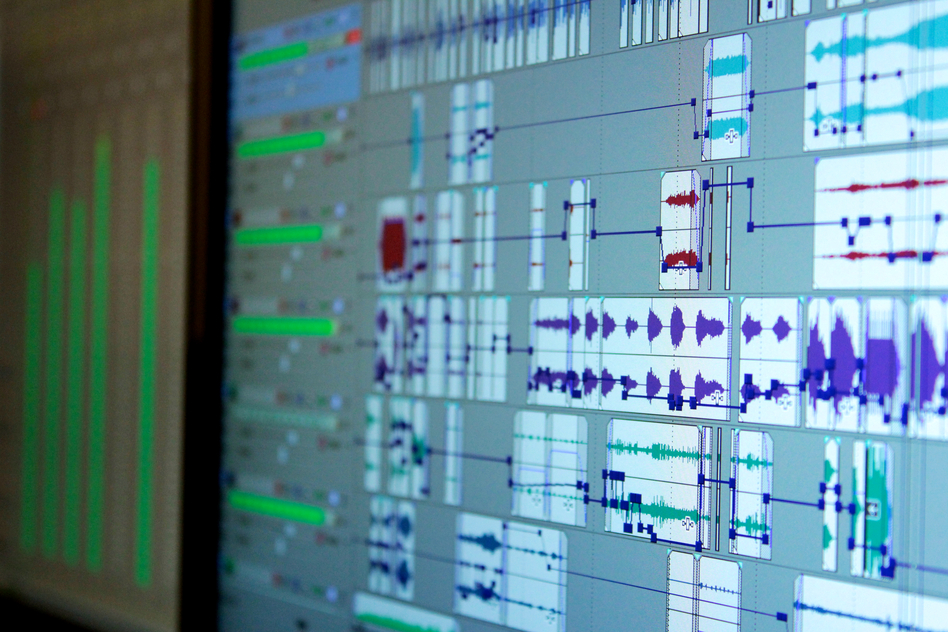 And Does It Even Matter?

Great content, cinematography and talent performance are vital elements of any company video or corporate video, but music is another component that needs to be thought about seriously in the planning stages.

Why bother, though? Does your video really need music? Well, music that’s done really well can almost be seen as an additional character in your video. Integral to your overall story-telling, music is the glue that connects your ideas in an entertaining and engaging way.

Why is music useful in video?

Firstly, it can manipulate your audience into feeling a particular emotion. Titanic just wouldn’t have had the same effect if Celine Dion’s My Heart Will Go On was swapped out for Robbie Williams’ Let Me Entertain You.

Secondly, it can engage, entertain or relax your audience. A perfectly-timed soundtrack can add humour at the most precise moments, or encourage your audience to sit back, relax, and let the video take them somewhere they’ve never been before.

Thirdly, music can excite your audience and build a sense of anticipation. The classic Coca Cola Christmas video does a great job at getting people excited about the arrival of Santa – and Coke – with a repetitive beat and “holidays are coming, holidays are coming” theme tune.

And fourthly, music can turn an otherwise uninteresting video into something that’s much easier to watch. As much as you might not want to admit it, the content in some corporate videos, explainer videos or company videos is actually pretty dry, so music can take the edge off and make a video much more pleasant to watch.

Choosing music for your video

But believe it or not, you can’t just chuck any old song onto a video just because you like it. Yes, Taylor Swift’s latest release probably makes you want to boogy, and Lorde does a great job at making you feel emotions you haven’t felt for a long time, but there are many rules and regulations around what music you can use when producing a video, and how you can use it.

The general rule is that if a song has been produced by a band or artist, you can’t use it unless you pay for it. So where do you find music that you’re legitimately allowed to use you on your next video production?

The most common way to find versatile music for just about every kind of video genre is to visit an online production music library or stock music library. Thanks to myriad generic music tracks, browsing a production music library is a bit like getting swallowed whole by Pinterest. Because it’s such a time-sapper, it’s important you know what you’re looking for before you start searching. Are you after a relaxing or up-beat track? Should it sound cutesey and folky, or rocky and rolly? It’s easy to find free tracks, but the better ones will normally have a charge associated to them. It’s not much though; you could expect to pay roughly $20NZ for a good music track, including a license to use it in your video. Keep your license in a safe place, just in case someone questions where you got your music from – like the public did with John Key and National’s 2014 election campaign video series, which sounded suspiciously like Eminem.

If you’re after one-of-a-kind music to create brand identity and familiarity, as well as consistency across all marketing platforms, investing in custom music is an option. Work with a composer to produce a work of art that you own the rights to, and therefore can use on anything from television and pre-roll YouTube commercials, right through to the music people listen to when they’re on hold. The cost of custom music ranges depending on who’s making it for you and how complicated the track might be, but the upside is that when it’s made, it’s yours to use forever.

If you’ve got a big budget and are hell-bent on Taylor or Lorde featuring on your video, licensing a well-known song is always an option. Find the song you want to pay for, then contact the record company directly (for example, Sony or Universal). Yes, it can be easy to simply take a song off YouTube and upload it to your video, however this is called stealing, and if you’re caught you could be fined a lot of money. Always go through the right channels if you want to borrow an artist’s work for your own commercial gain.

Five questions to ask yourself about music in the planning stages

If you’re after a company video, corporate video or explainer video with a difference, chat to the team at Onepost Media Productions. Based in Wellington and Auckland, Onepost is a video production company that specialises in making your business more awesome.