Why an Explainer Video is Better than Verbal Communication 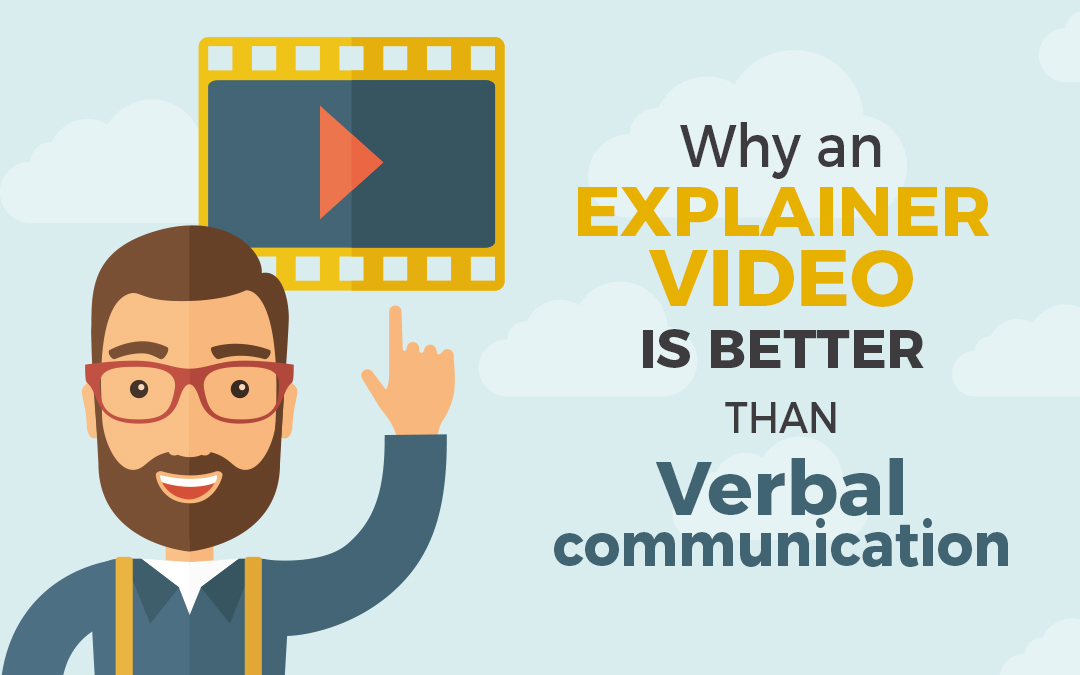 Because Not Everyone Likes the Sound of Your Voice

Let’s be real here. It doesn’t matter how high up the hierarchy you sit, what your job title is or whether you have a company credit card. If what you’ve got to say is important but you can’t deliver it in an interesting way, or if it’s a complicated topic that takes four hours to explain, the people you’re trying to communicate with just aren’t going to absorb it.

All this to say that if you can’t get your point across quickly and in an interesting way, your listeners are very quickly going to tune out. And that’s where the explainer video comes in.

The humble explainer video is pretty easy to explain. In a nutshell, it’s a short, sweet and visually engaging way of explaining a concept or process. It’s long enough to express the message, but short enough to keep the viewer’s attention from beginning to end. While most explainer videos use a voiceover to briefly explain the process or concept in simple language, the visuals are more important and actually show the viewer through it. Explainer videos combine visual language and verbal language to create an engaging mode of communication that can be remembered long after the video has stopped.

Visual is better than verbal

The beauty of the explainer video is its reliance on visual communication. When someone tries to explain a complicated process or concept using words, the point can sometimes get lost. By using visual cues and creating a story that viewers can relate to, though, a message – even one that’s complicated and confusing – can be conveyed in an interesting and engaging way.

Verbal communication is limited somewhat by sentence structure and the English language, but with visual communication the world is your oyster. Explainer videos enable businesses and organisations to craft a visual metaphor around a message. While the business or organisation itself may not know how to explain this concept visually, a professional video production company can. They can create metaphors between a complicated concept and the audience’s level of understanding, simplify complicated or boring concepts, and add a much-needed degree of energy and engagement.

Make your message easier to understand

Regardless of the industry you work in, an explainer video can be of great benefit to you. Communicate to your staff, clients and customers in a way that’s interesting, engaging and quick (because we’re all tight for time). Need a hand developing your own explainer video? Have a chat to Onepost. We’re experts in our field when it comes to creating animated and live action explainer videos, and we’ve worked with some pretty awesome people too. Get in touch today – we’d love to chat.

Awesome! Fill out the form and we will be in touch soon.