Why Animation is More Engaging Than Talking Heads 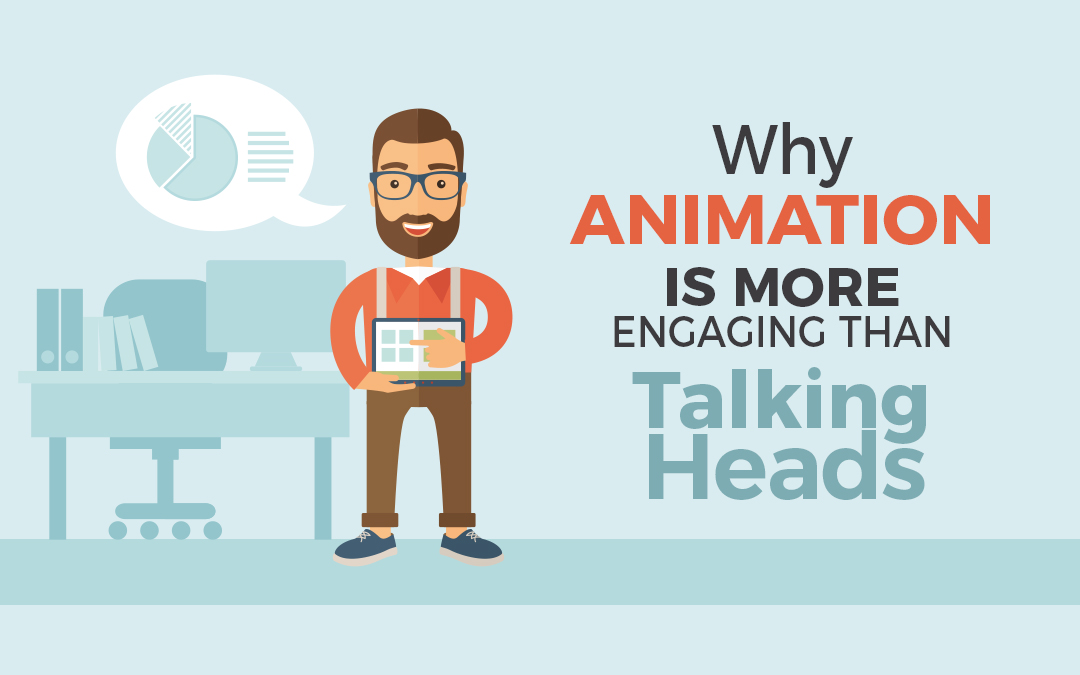 Because Sometimes Fake People are Better Than Actual Humans

If you’re in the market for a new explainer video for your business, perhaps it’s time to consider animation. Sure, you might have used live-action talking heads in the past (people who stand in front of the camera and explain the concept, process or product), but times are a changin’ and animation is increasingly becoming a more popular video production style. Why? We’re glad you asked.

If you wanted to shoot a live-action video on Mars, you would need a multi-million-dollar budget (or at the very least a great relationship with someone like Sir Peter Jackson). But with animation, the world is your oyster when it comes to where and how you can create the world of your video – you can even go back in time, into the future, use aliens as your main characters … literally, if you can dream it, you can do it. Compare that to the constraints of the real world (and gravity), and you’ve got far fewer options.

Less about personality, more about message

Animation focuses less on the ‘who’ in your business and more on what you’ve got to say, which is particularly useful when the person you might want to put in front of the camera isn’t particularly engaging. If you want to go down the character-driven track, animation lets you create and mould the perfect persona with the exact style of communication you’re after, instead of having to train and often retrain an actual person. If the actual person is your CEO, and you’re too scared to tell them that they’re actually not very good in front of the camera, animation is your safety net.

It’s easy to think that a video should feature a person speaking directly to camera or explaining a process or product; after all, we’re exposed to a lot of this style of video – just look at the 6 o’clock news. But just because it’s common, doesn’t mean it’s essential. Replace a face with just the voice then combine it with a great soundtrack and even better animation, and you’ve got all the ingredients for an engaging video (minus the awkward person standing in front of the camera).

Unless you’ve hired a comedian for a live-action video, animation has the ability to use humour and creativity far better than talking heads. This makes it more shareable on social media and more memorable with both the viewer and anyone they talk to about your awesome video. The more memorable and shareable a video is, the more eyes and ears will pay attention, and the more conversion you will gain.

If you’re in the market for a new corporate video or explainer video but you’re not sure if you should go with live-action video or animation, give the friendly team at Onepost Video Production a call. We’ll take a look your business, your message, your audience and your budget and come up with the best solution that ticks all your boxes.