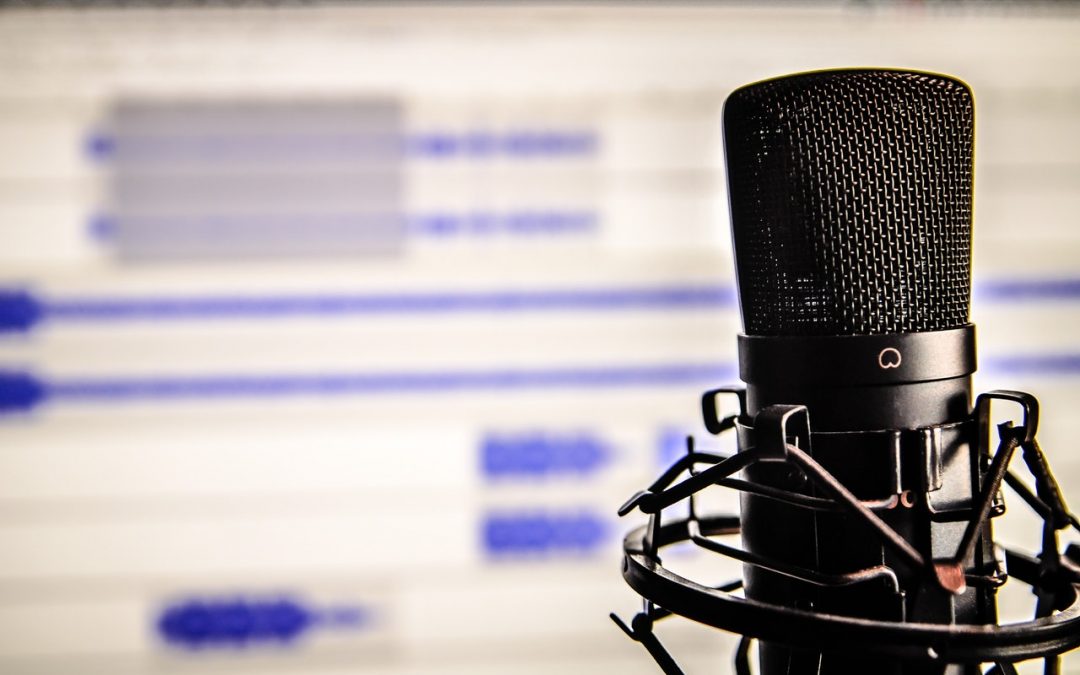 Because Video Isn’t Just about What You Can See

When you think ‘video’ you think ‘visual’ – and rightly so; both words come from the Latin word ‘videre’ which means ‘to see’.

But when ‘video’ was first coined in the 1930s, it was also defined as a visual equivalent of ‘audio’, which inherently shows just how intrinsically linked the two are.

An Emmy award-winning sound producer and engineer once said, “Audio with no video is radio. Video with no audio is surveillance.” When it comes to how the two are related, this quote couldn’t be any truer. In order for an explainer video or corporate video to be successful, its audio needs to be slick. The type of voiceover or presenter used needs to be perfectly matched to the message of the video. The voiceover and presenter recording itself needs to be muffle-, scratch- and interruption-free. And the soundtrack needs to be well thought-out.

Why? Any kind of audio blip instantly impacts the experience a video viewer has. Just think about how you react when you’re listening to a live band, and the guitarist plays the wrong key (or how, when you used to listen to CDs, the music would jump or sound out of tune when the laser hit a scratch). While video is firstly visual, it walks hand in hand with audio, which is why we think great audio is just as important – if not more – than great video content.

It all starts with a great microphone. But not all microphones are created equal. Before you record the audio elements for your explainer video or corporate video, figure out what kind of microphone you need based on the visual outcome of your video too. Boom mics are great if you are recording lots of people at once, and (as long as the boom operator stays out of shot) they’re invisible in the final cut. Hand-held mics are good if you want your presenter to look like a reporter – but they’re not subtle. An on-camera mic goes wherever your camera goes, but really only works if the object you’re recording audio from is very close to the camera. Lapel mics are great because you can clip them onto your presenter’s shirt, making them nice and close to the source of their voice (plus you can use wireless lapel mics which will let them walk and talk), but they’re also visible in video which sometimes might not be aesthetically pleasing. Sourcing great audio is always easier if you can position the microphone as close to the subject as possible, a feat made much easier with the invention of wireless microphones.

If you’re recording a voiceover for your video, the best place to do this is at a professional audio or video studio. Professional voiceover booths are perfectly suited to record great voiceovers because they’re fully insulated against other sounds, and can be recorded and mixed straight into audio production computer software. If you don’t have access to a voiceover booth, you can make your own DIY version. You’ll enjoy the best results if you steer clear from external audio interruptions like road noise, animal noise, child noise or (the most annoying of all) cicada noise. It might sound ridiculous, but the best spot to record a voiceover when you don’t have a booth available are in the closet, in a car or under a heavy blanket.

The use of music underneath a voiceover is heavily dependent on the message and purpose of your explainer video or corporate video. Most videos can benefit from a bit of music just to ‘fill the gaps’, but choosing the wrong track can be just as bad as not using one at all. If you want your video to be watched and engaged with by a younger generation, the music you use should be upbeat, popular and catchy. If the video content is serious, accompanying music must be complementary. Sometimes music isn’t required at all, but often this is a conscious decision that is used for dramatic effect, like creating suspense.

Of course, video production companies are experts in video and audio production. For help with your company’s next explainer video or corporate video, talk to the friendly team at Onepost Media Production.