The A to Z of Animated Explainer Videos 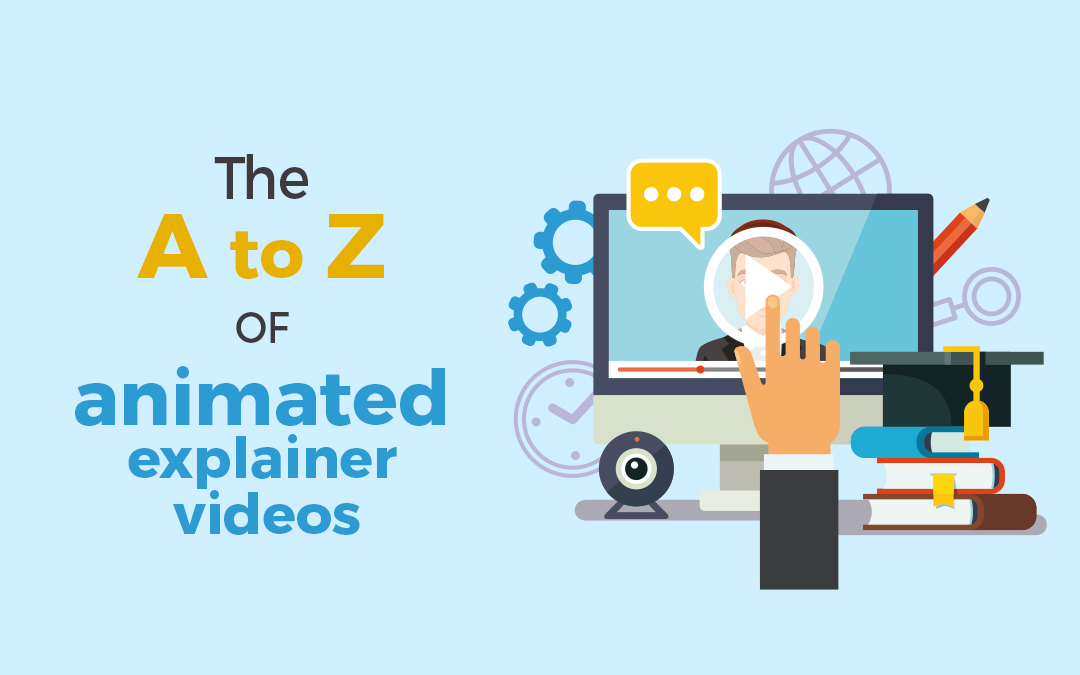 We admit: in the past, ‘animation’ and ‘business’ haven’t usually gone hand in hand. But we’re in the business of changing the face of business. Here’s the A to Z of why animation is good for business. (How many more times can we say ‘business’?)

There’s no right or wrong way to do animation. In fact, its adaptability makes it suitable for videos in just about every kind of industry. Use animation to tell customers what you do, launch new products or explain tricky concepts.

When you think about video production in relation to business, you probably don’t immediately think, “Let’s make an animated video!” But videos that are different from the norm help your business beat your competitors and stand out from the crowd.

Let’s be honest; sitting through tedious Powerpoint presentations and full-day ‘all hands on deck’ meetings isn’t the most exciting way to spend your time. Animation enables businesses to communicate with both their staff and their clients in a creative way, making it easier for them to remember your message long after they’ve finished your video.

Video is a fundamental element of modern digital marketing because it’s so versatile and shareable. Enhance your digital marketing strategy with an animated explainer video that clearly communicates your message and gets people talking.

Live-action video is popular but if it’s done badly, watching it can be just as boring and yawn-inducing as sitting through a four-hour presentation. The very nature of animation is engaging and entertaining, thanks to its bright colours, simple typography and creative communication. And if it makes the viewer giggle, you’re really onto something.

Business doesn’t have to be boring, you know. Animated video for business is a fun way to express dry, boring or complicated messages. Use bright colours, interesting metaphors and humour to create a fun and memorable video.

If you’re worried that the idea of animation might ‘dumb down’ the seriousness of your business, don’t be, because ‘animation’ doesn’t have to equal ‘cartoon’. Animation is a great and easy way to explain important concepts graphically, simplifying a message and making it easier to remember afterwards.

We’re not all blessed with comedic genes which is why, when some of us attempt to be funny in front of a camera, people throw virtual tomatoes at us. Animation is an easy way to add a splash of humour to an otherwise dry and serious topic.

With animation, you’re only limited by what you can imagine. That means you could ‘take’ your viewers to Paris, Antarctica, Mars, even into the future, simply by immersing them in a creative animated video. Don’t be limited by the realms of gravity or common sense; if you can think it, we can draw it.

Animation is usually associated with the likes of Toy Story and Madagascar. Animated video for business takes the best bits of animated kids’ movies like bright colours, friendly characters and humour and applies them to the world of business.

Animated videos are excellent tools when it comes to educating staff and customers. Use animation to simplify complicated messages and outline steps of a process clearly.

Stop motion is a fun style of animation that, in a nutshell, involves taking a photo of a scene, then moving a stationary character in that scene ever so slightly and taking another photo, then repeating that process over and over again until. Later when the photos are edited together, the stationary character looks like they’re moving. Find out more about stop motion video here.

N. Not just for the movies

Animation is most commonly associated with kids’ movies. While everyone loves a great animated movie (but not always the songs … we’re looking at you, Frozen …), similar principles can be applied to animation for business. Simple shapes and colours, along with a clear and entertaining message make for a successful animated video in any industry.

Done well, online video has the potential to get a huge number of eyes on it. This is called ‘going viral’. Because animated videos are so creative and unique, they have a higher chance of being shared online via social media platforms like Facebook and Twitter than other forms of communication.

There’s a tonne of readily available software out there that makes it possible for amateurs to produce video content. But just like you’re an expert in your field, we are too. If you’re in the market for a beautifully produced animated explainer video that ticks all your boxes, you can’t look past a professional video production company like Onepost.

What might take 30 minutes to explain in a meeting environment might only take 40 seconds in an animated video. Animation has the ability to both verbally and visually explain a concept or message so the viewer can use more than one sense to take it all in.

The beauty about animation is that, if something changes a few months down the track, you don’t need to hire a full set of camera gear and dedicate a few days of shooting to creating a whole new video. Because animation is entirely computer-generated, animated videos are much easier to re-make if you have to.

Animation might seem like child’s play, but when it comes to animated explainer videos that couldn’t be any further from the truth. Animation is a smart and simple way of communicating a complicated or tricky message to your staff or customer base.

Most animated explainer videos run between 60 and 90 seconds. Any longer than that and your audience will start to zone out. Any shorter and they might not get the most important parts of your message.

No two animated explainer videos are the same. Just like every business is different, every video we produce is unique.

An essential element of most animated videos is a voiceover. This could be the voice of a character in your video, or a ‘God’-type voice that’s quite separate from what’s going on in the video. But while a voiceover is often essential to the overall success of a video, its purpose is not to explain everything. Voiceover focuses on the simple facts, while the visuals back the voiceover up with additional details.

If you want to convey a core component of your business clearly, concisely and in a way that’s interesting, an explainer video will be right up your alley. An explainer video explains your message using a voiceover that uses simple, everyday language and visuals that are relatable to the viewer and enhance the message.

If you’re looking for a unique way to communicate with your staff, stakeholders, customers, clients or anyone who’ll listen, an animated explainer video is a must. Keen to get started? Onepost is taking on new clients now.

Because who doesn’t love Madagascar’s Marty?